Trade and Development Bank of Mongolia (TDB), Mongolia’s financial gateway to the world, has expanded its operation and successfully opened its first international representative office in Tokyo, Japan on July 23, 2014. The opening ceremony was organized during the official visit of Ts.Elbegdorj, President of Mongolia to Japan. N.Zoljargal, Governor of Bank of Mongolia, S.Khurelbaatar, Plenipotentiary Ambassador from Mongolia to Japan, Randolph S. Koppa, President of TDB, B.Medree, CEO of TDB, O.Orkhon, First Deputy CEO of TDB, Hatanaka Ryutaro, FSA Former Commissioner, Yoshikawa Eiji, CEO of Bank of Tokyo Mitsubishi UFJ, and other reputable political officials and business sector representatives attended the opening ceremony. The opening of TDB representative office in Tokyo is an important complement to our expanding business relations with Japan. It will be an important means to provide information on Mongolia to Japanese counterparts and to attract investment, trade and financing of the many opportunities and needs in Mongolia, one of Asia’s fastest growing economies. Japan has been a major supporter of Mongolia in its transformation over the past two decades and remains a strategic third neighbor partner for Mongolia. With the establishment of its representative office, the Bank will act as the financial gateway between investors and business enterprises in Japan and government and private organizations in Mongolia.

Trade and Development Bank, together with the Cabinet Secretariat of the Government of Mongolia and Embassy of Mongolia in Japan organized “Mongolia Night” event for the opening of the representative office. His excellency, Mr. Elbegdorj Tsakhia, the President of Mongolia, Mr. Eda Satsuki, the Chairman of Mongolia-Japan Friendship Group at House of Councilors of Japan, Mr. Nishimura Yasutoshi, Senior Vice-Minister of the Cabinet Office of Japan and other reputable guests were invited and enjoyed an evening of Mongolian traditional folk music, songs, food and culture. During the event, “Kagami Biraki”, Japanese traditional ceremony, in which the lid of the sake barrel is broken open to symbolize good fellowship and future strong relations between two countries Mongolia and Japan.

TDB is the first and the only repeat bond issuer in Mongolia and the first bank to receive financings from ADB and IFC. Having direct correspondent relations with over 150 foreign banks and financial institutions, TDB alone handles more than 50% of the Mongolian foreign remittance and the Bank is undoubtedly recognized as the international face of Mongolia. 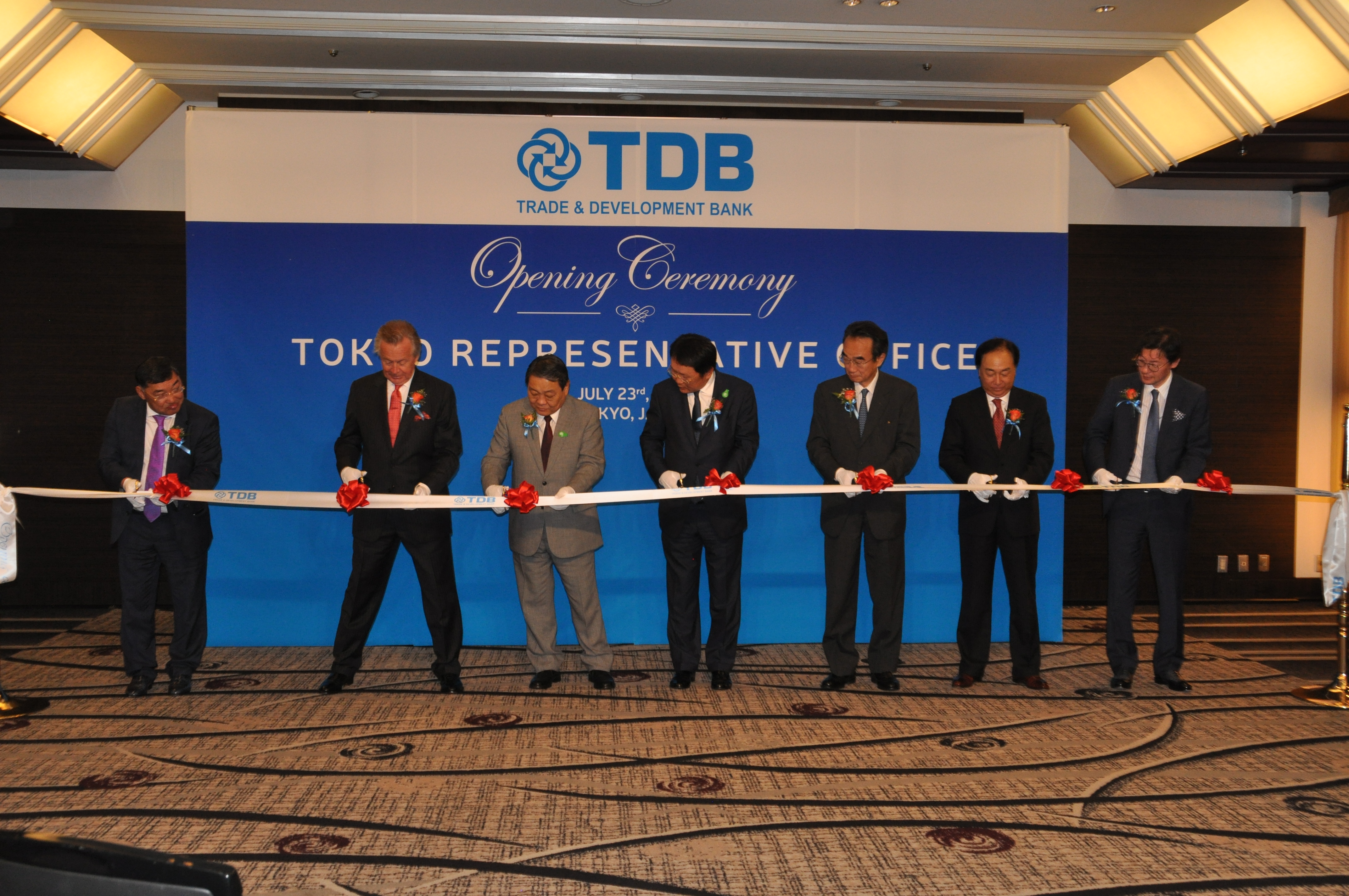 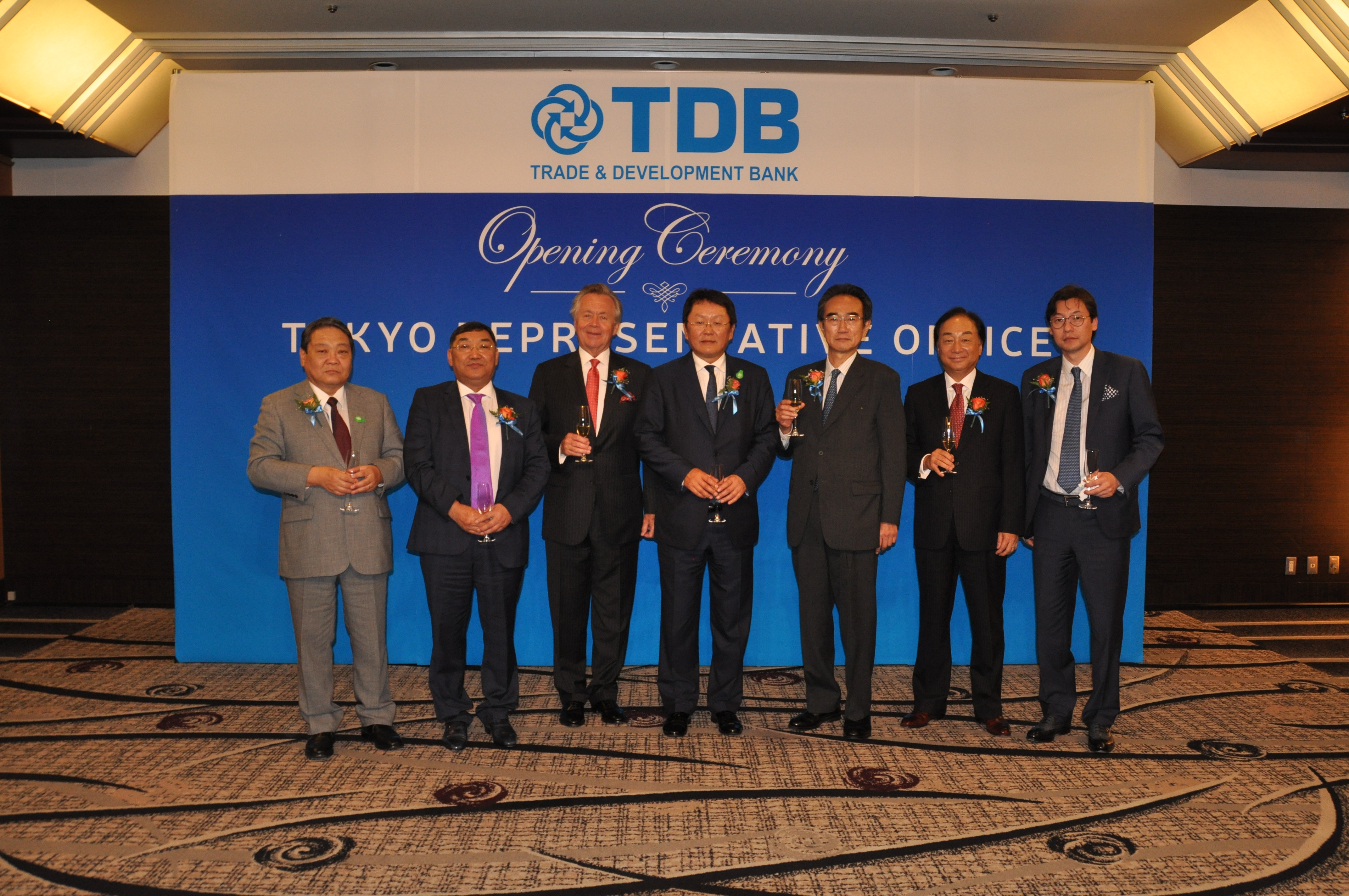 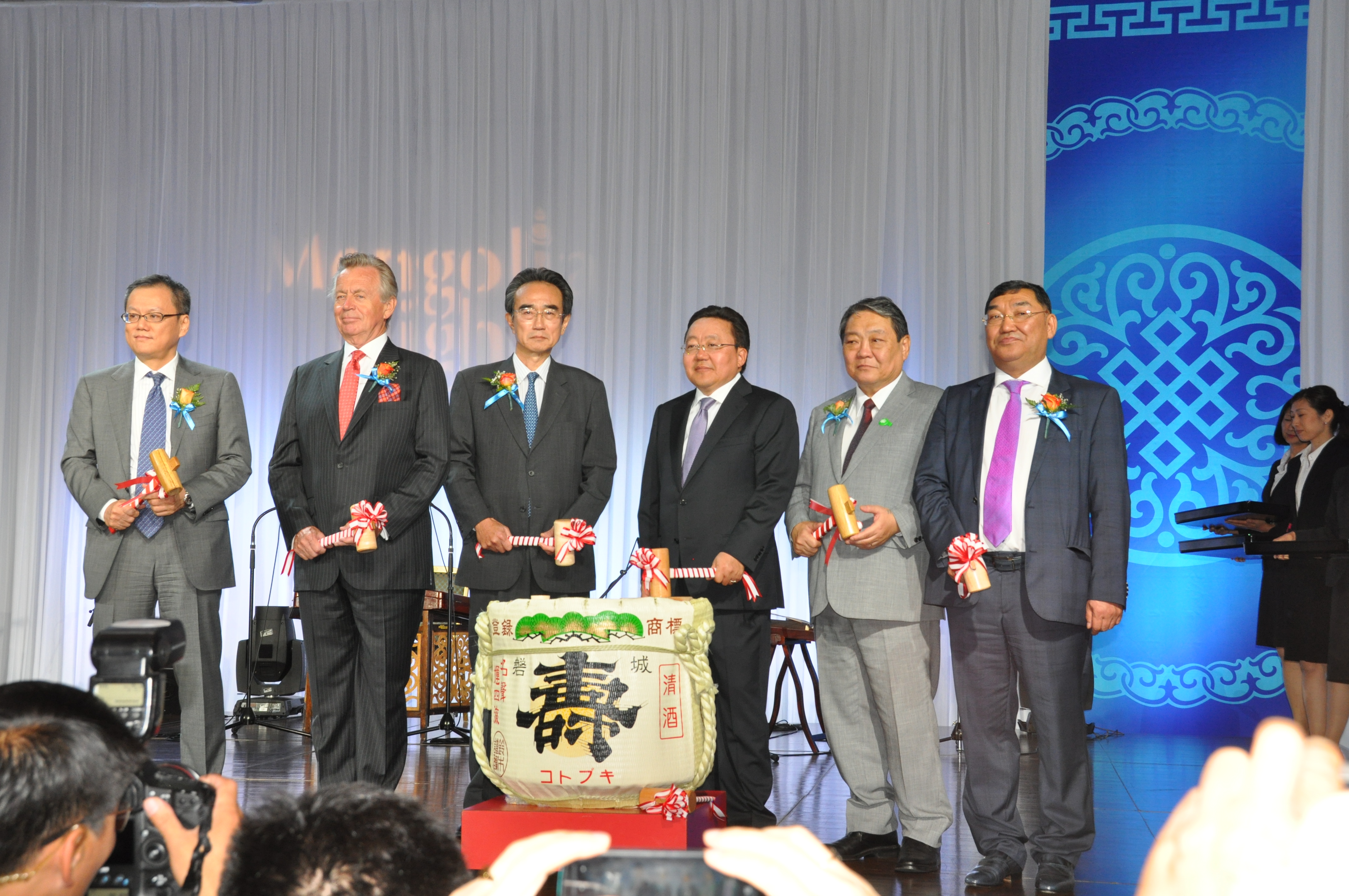 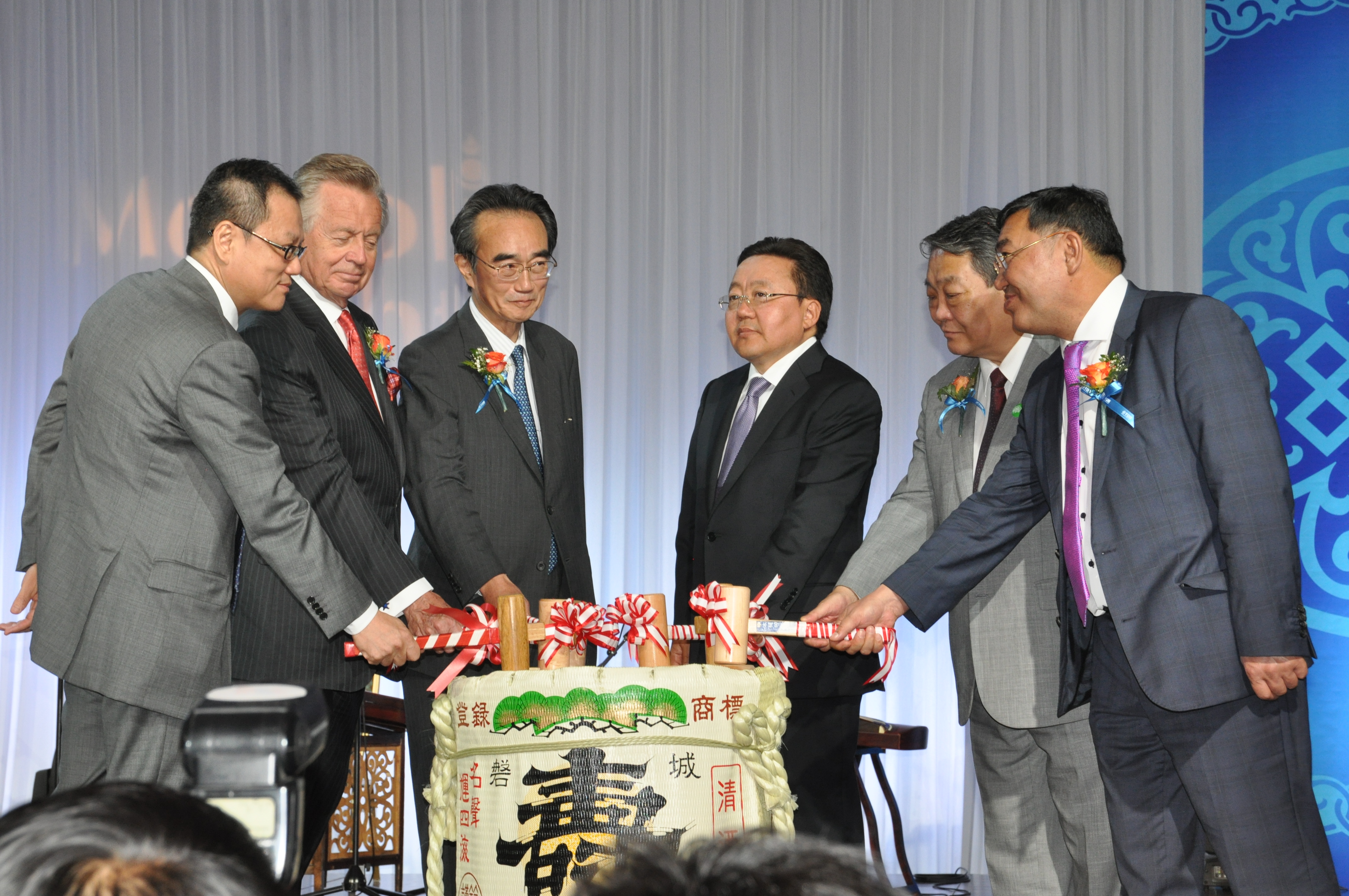 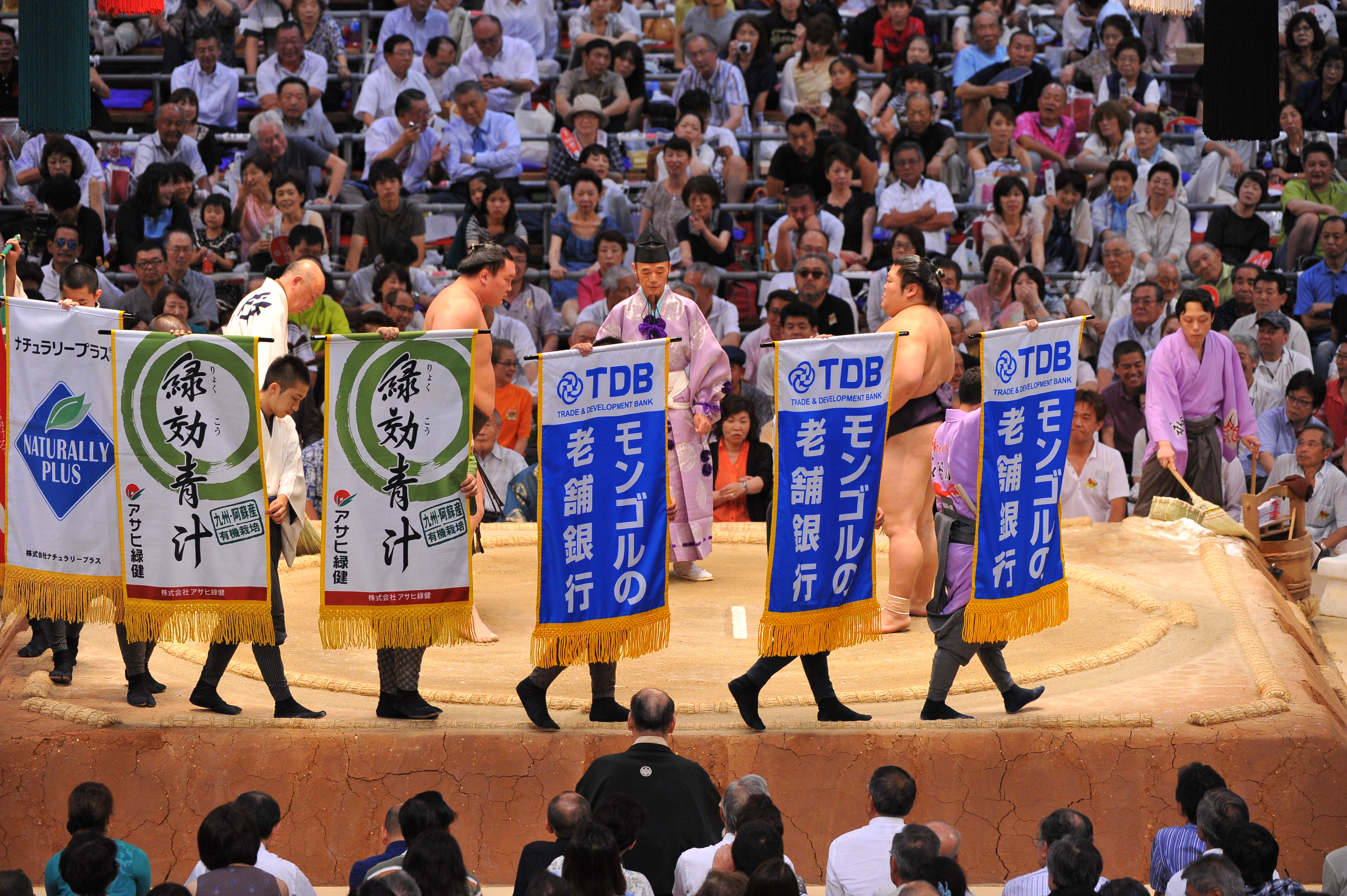